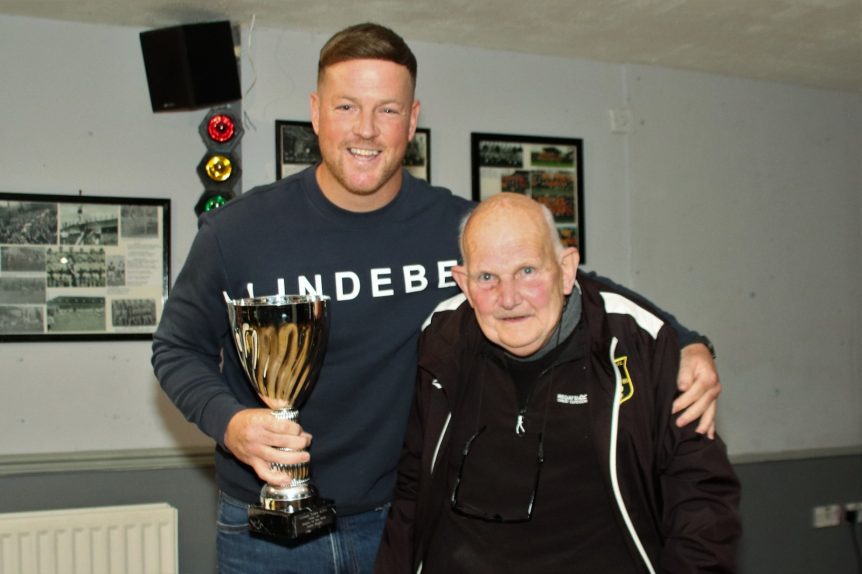 Congratulations to the players after a successful season. Not only did the players secure safety in the league by March but also led us to the Durham Challenge Cup Final!

Well done to the players that won awards at the Presentation Evening;

Also, presented were the plates awarded to OSCAR, and his dad PAUL, for their heroism after saving a man’s life on the viaduct with Lee. The plates were awarded by the Northern League.

Lastly, new manager Mark Stephenson said a few words to the supporters, this was his first chance to meet alot of them, thanking them for the support shown towards him.