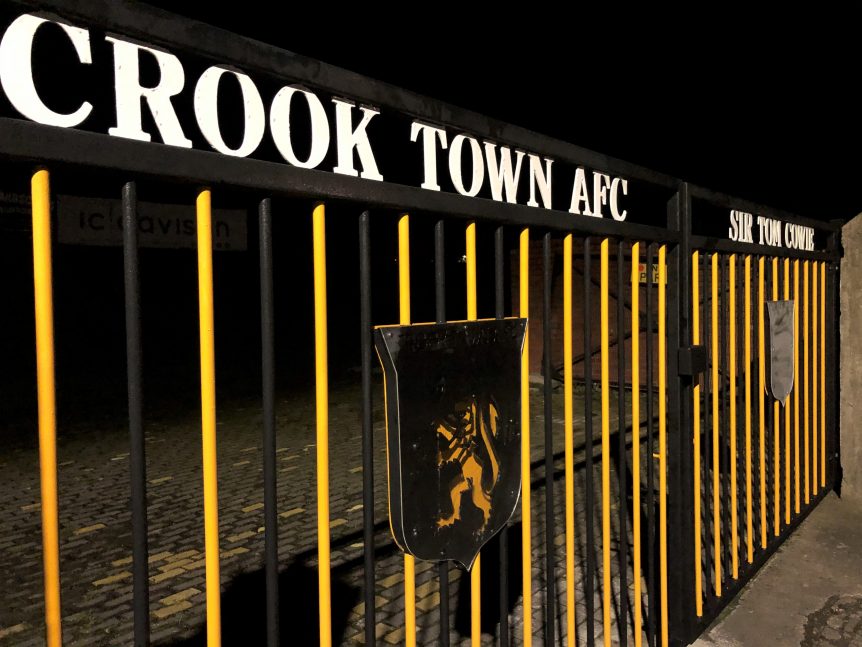 The club are indebted to Graham Readman, Managing Director of Readman Fabrications Ltd, with whom the project to install the new Millfield gates started after he had a conversation with Vince when carrying out some welding repairs on the club floodlights, free of charge, during the close season.

Graham is a born and bred Crook lad and used to climb over the old gates 45 years ago to get his ball back when it had been kicked over the wall by him and his mates, he said the new gates are his ‘reparations’ for those times he bunked over the old ones and are his gift to the club!!!

The club are are delighted with this fantastic gesture by Graham to the club!

Pictured are Vince and Graham after the installation, Graham and his installation engineers Jack & Nils, and Billy Penman and Eric Gibson who were on hand to see the gates being put in place.