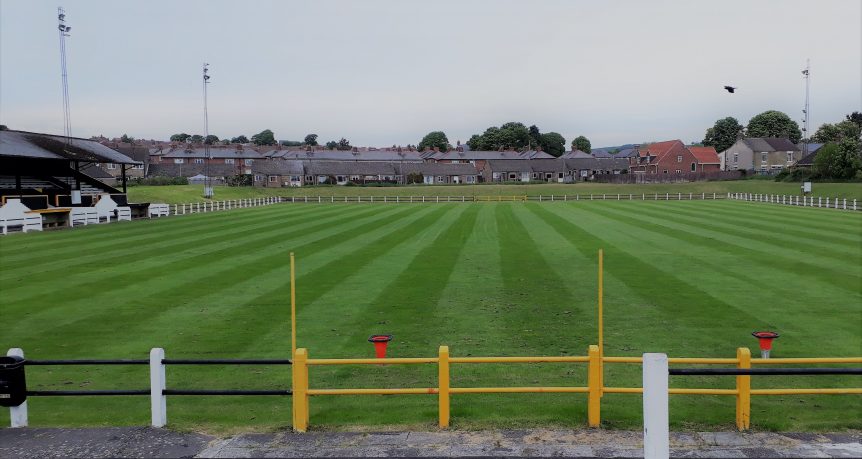 With less than 20 days now until the first pre-season game at the Millfield against West Auckland on the 16th July at 7.30pm there’s been some serious graft and hours put in behind the scenes by the team in preparation, including the aerating and de-compaction of the pitch playing surface, proactive maintenance carrying out a top to base structural survey of the floodlight pylons, a fabrication engineer carrying out welding repairs and Jeff Patterson and the other volunteers tending to the pitch, embankments and all the other nooks and crannies around the ground.