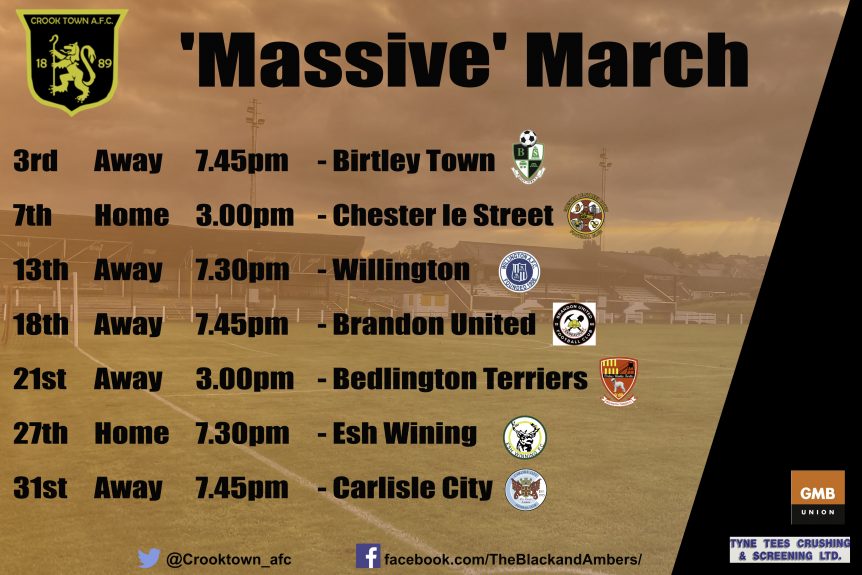 With eleven games remaining this season Crook are sat third in the league, the top four at the end of the season are set to win promotion so Crook Town’s seven games scheduled for March are going to be massive.

There are only two home games in March – one of them being a Friday night derby against Esh Winning, and of the five away games two are at nearby Brandon and Willington.

Ending with an away mid-week top of the table clash at Carlisle March is set to be Massive. Mark the dates in your diary to make sure you don’t miss out!