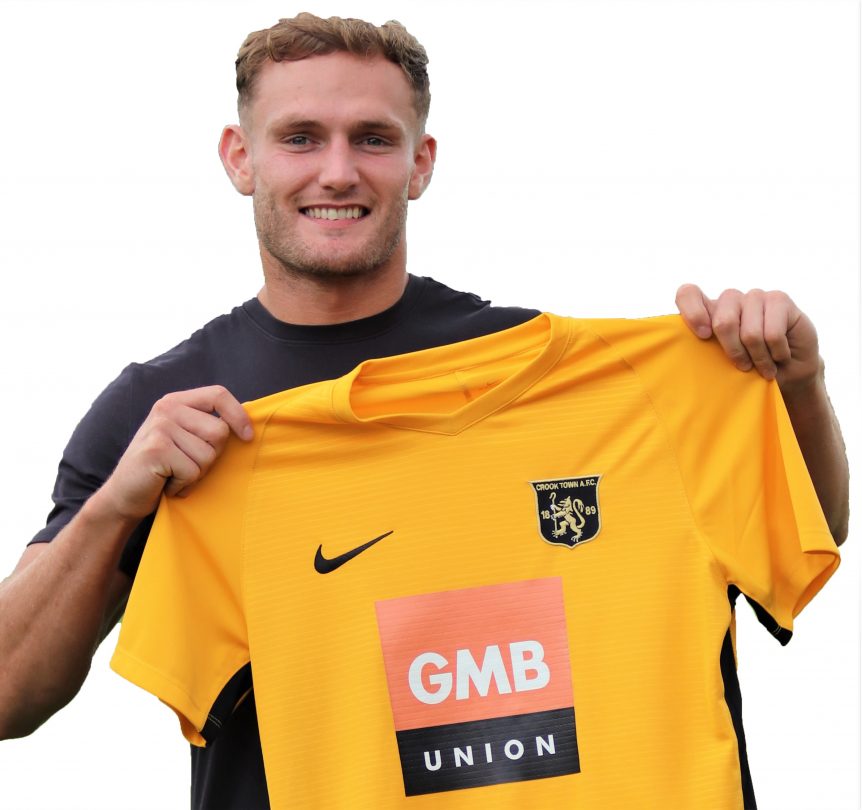 Crook Town are delighted to announce the signing of Corey Nicholson

Manager Jamie Tunstall said ‘I’m absolutely delighted to welcome Corey Nicholson back to his home town club. From our first conversation it was clear that Corey was very interested in playing for Crook again. Corey has got lots of experience in the first division and knows just what Northern League football is all about. He’s a very strong, quick winger whose got end product and has a great attitude towards the game. He’ll be a great asset for us this year!’

Corey was injured last season but his most recent club was Ryhope CW for two seasons and before that before that he’s played for Marske United, Newton Aycliffe, Consett, Bishop Auckland, Crook, and Willington so he knows exactly what the Northern League is about and has played a lot of games at League One level. Corey said ‘ I can’t wait to get started after being injured last season and I’m excited to be playing for Crook Town again, it always means that little bit extra when playing for your home town team and with a great bunch of lads. I’m looking forward to see what the season brings!’

Welcome to the Black and Ambers Corey!