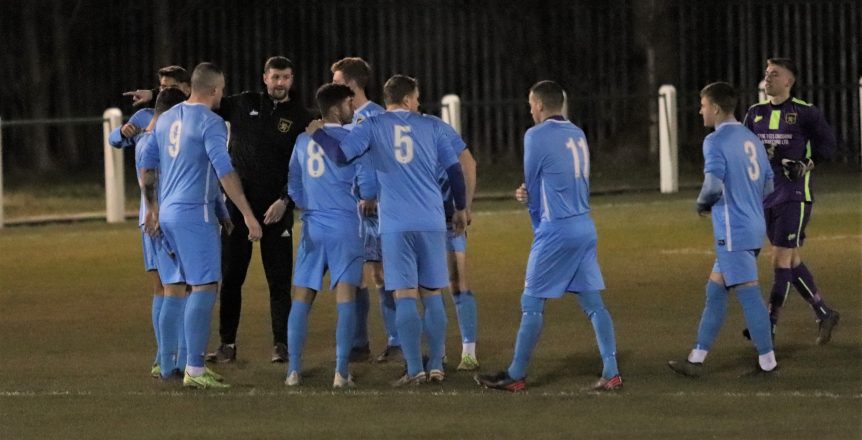 Here are Jamie’s thoughts after two games in the last week against Newcastle University and Birtly Town, and looking ahead to Saturday’s game at home to Chester le Street

‘I was really pleased with our performance levels on Saturday at Newcastle University. They’re a tricky side and have beaten us twice this season so we knew we had to start well. I thought generally on the whole we were the better team and controlled the game throughout. It was a top performance.

We knew Birtley was going to be a tough game. They’ve lost by the odd goal to teams around us and knew what they were about. I thought we looked leggy for most of the game and never hit our high levels of late. We really had to dig in and it may have been different if Birtley hasn’t had a man sent off so early. Having said that we really showed our squad depth and the lads who came on made a huge difference. The lads can never be questioned for attitude and work rate and I always feel we’ve got quality to hurt teams and if it’s not going our way I know anyone in the group can make a difference.

Chester on Saturday will be another tough one. They have been a similar group for a while and know how to go and get results. We’ll have to move the ball a lot quicker than we did on Tuesday if we want to win the game.

10 games to go and we’re in a strong position but a couple of bad results can change things round. We won’t be looking past Chester and we’ll be keen to get 3 more points on the board’

The Lads are back in action this Saturday, 3pm at the Millfield vs Chester le Street.