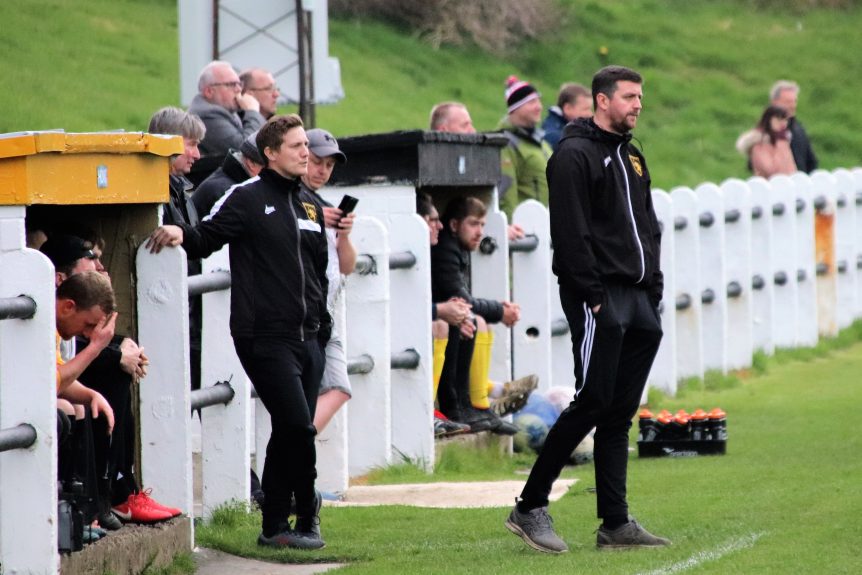 Now the season is officially over we caught up with Manager Jamie Tunstall for his thoughts, and some news on planned changes in the coaching team

‘We’re naturally disappointed about the FA’s decision to call a halt to the season early, especially with us in a favourable position but we’d taken nothing for granted and knew we still had a task on our hands if we wanted to finish in the promotion spots.
More importantly though, we’re in the middle of a crisis and I hope everyone is home safe and well.

Given the early finish to the season, it’s given us some time to reflect on last season and plan for the next one, whenever that may be.
Anth Verity has played a major part in getting the club to a position we can be proud of, on the pitch but also off it, too. After some conversations it’s been decided to allow Vez to focus on playing next season and step aside from his coaching role. I’d like to thank Vez for his contribution in that role and the hours he’s put in to help the club.
Knowing the position needing replacing, I’m delighted to announce Chris Dunwell is going to step up to the role of first team coach. Chris has also been integral to our turn around at the club and it was paramount we kept him involved at the club. I’m expecting a fairly easy transition with Chris already being part of the club and knowing the players.