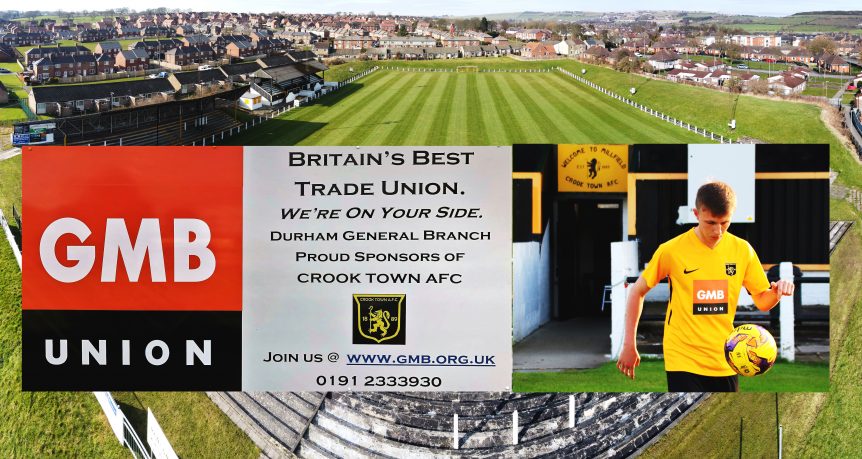 Chairman Vince Kirkup is pleased to announce that the GMB Union (Durham General Branch) have renewed their support and will continue to sponsor the club for the next year.

Vince said “ this will be the GMB’s 3rd season in backing the club as home shirt sponsor, and the partnership over the last 2 seasons has coincided with the teams outstanding run of form which has propelled them to promotion, bringing 1st division football to the “Millfield” next season, after a 6 year absence”.

Vince is delighted with the continuing support from John Gilmore and Derek Cattell from one of Britain’s biggest trade unions.