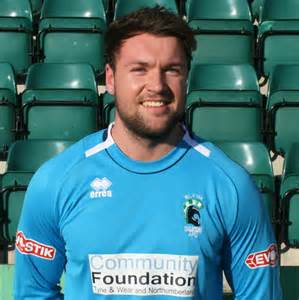 Crook Town are delighted to announce the signing of former Blyth Spartans keeper Niall Harrison. Niall was part of the Blyth squad that reached the 3rd Round of the FA Cup narrowly losing out to Championship side Birmingham City 3-2. He was also an FA Vase winner last season with Morpeth Town