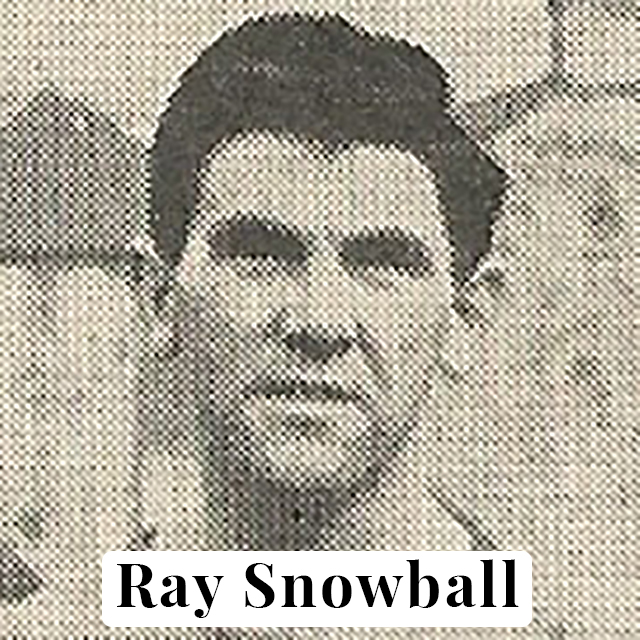 You’re invited to a birthday party at the Millfield on the 8th of March!

Born and raised in Sunderland, Ray also made 12 fourth division appearances for Darlington in 1964-65 and an unlucky 13th on December 27 1966, a 4-0 defeat at Middlesbrough 18 months after he’d “retired” after 325 matches for Crook. Regular goalkeeper Jimmy O’Neill had been injured the previous day – also against Middlesbrough.

“When Darlington rang I didn’t even know where my boots were” said Ray.

After starting with Silksworth CW, he joined Bishop Auckland but was spotted by Crook officials and was reserve goalkeeper in the twice-replayed 1954 final – against the Bishops – before being on the winning Wembley side in 1959, 1962 and 1964.

Ray also represented the North against the South in a trial match for the England amateur international side but was unable to dislodge regular London-based keeper Mike Pinner.

He and team mates Eddie Appleby, Jimmy McMillan and Bert Steward already have roads named after them within a long throw of the Millfield. He became a primary school headmaster at East Boldon, on Wearside, where he still lives.

Durham Amateur Football Trust vice-chairman Clem O’Donovan said they were delighted that Ray had agreed to the party. “He’s a lovely man and very many older supporters of both Crook and Darlington will remember him with much affection, but everyone is most welcome to attend no matter what their age or allegiance. It promises to be a great afternoon.”

Crook Town chairman Vince Kirkup said that the club was thrilled to be hosting the event. “Ray might not be quite as fit as he was in the 1960s but he’s still in fine fettle and has a fund of stories. It’ll be great to have him back.”

DAFT is providing refreshments, birthday cake, video footage and other memorabilia from that golden age. Crook’s clubhouse bar will also be open. The Trust promotes both the heritage of the golden age of North-East amateur football in the 1950s and 1960s and the modern grassroots game

Issued on behalf of the Durham Amateur Football Trust by Mike Amos, from whom further information can be obtained on 01325 377463 of 07787 568181. Reporters and photographers would be most welcome to attend the 90th birthday party on March 8