Crook Town Manager Colin Myers was forced to make one change to the side that performed so well last week at Heaton Stannington with Ian Maddison being unavailable and being replaced in the starting 11 by Nathan Plews.

Crook started well putting Hebburn on the back foot straight from the kick off. However Hebburn worked their way in to the game taking control of the middle of the field winning numerous first and second balls. That dominance paid off when Hebburn won a free kick on the edge of the Crook box after a late challenge from Lewis Brown. Chris Feasey expertly curled the ball around the wall and into the top corner giving Hebburn an early lead. Worse was to follow when, from a corner, Nathan Plews lost his man giving him a free header into the corner of the goal to make it 2-0 and thats the way the score stayed until half time.

Hebburn started the second half much the same as the first dominating the midfield and second ball. Crook then introduced Peter Brown who had an immediate impact as he was impeded by the Hebburn goal keeper as he bared down on goal. Kieran Megran stepped up and blazed the penalty high and wide to give Hebburn a let off. Hebburn then went down to 10 men when their Number 10 attempted to head butt Mark Wood and was immediately sent from the field of play. However, before Crook could take advantage Hebburn scored a third to effectively end the game. There was still time for Hebburn to score a fourth to end yet another miserable home performance for Crook Town.

Crook Manager Colin Myers commented after the game ” We were dreadful. How can virtually the same team as last week perform so badly. I have to question the commitment and heart of some of the lads today. The last two home performances have been unacceptable!”

Man of the match: Peter Brown 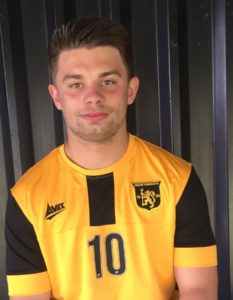