CROOK LOSE OUT IN CLOSE ENCOUNTER

Crook manager made a number of changes, some enforced, after the midweek defeat at Northallerton. New signing Ian Maddison made his debut partnered at centre half by Adam Morley with Lewis Brown and Stephen Turnbull dropping to the bench. Decklin Moss made his first appearance of the season at Right back with Kieran Megran moving in to midfield. Ryan Cummings also came back in to the side replacing Joe Grant in midfield who dropped to the bench. Joe Spooner also replaced Kyle Swankie at left back who picked up an injury at Northallerton. Goal keeper coach, Jason Scotter was also called in to action with Niall Harrison and Lee Henderson also being unavailable. Sonny Andrews was also unavailable after scoring in midweek and Jimmy Warnett was still out due to the injury sustained against Bedlington.

The game started in torrential rain at Consett AFC, the temporary home of Durham City. Crook started the better in a tight game but disaster again struck after Ryan Cummings had to be come off injured after 15 minutes being replaced by Lewis Brown. A few half chances were created in the first half by both sides but a combination of poor finishing and good goalkeeping saw the side go in level 0-0 at half time.

Crook were forced in to another change when Callum Smith was unable to come out for the second half due to injury and was replaced by Callum Johnston. The second half was much the same as the first but Durham had the edge possession wise but Crook defended well with some great saves from stand in keeper Jason Scotter. With the game seemingly heading for a 0-0 stalemate, Steve Malloy brought down a Durham forward right on the edge of the Crook Box and former Darlington Player Chris Moore stepped up to put a free kick into the far corner of Jason Scotters goal givng the keeper no chance. A minute later the referee blew his whistle for full time giving Durham a home victory.

Crook manager Colin Myers said “I thought we looked tired today. The tackle for the free kick should never had been made and we would have come away with a point. I have to say Jason Scotter was outstanding!”

Man of the match: Jason Scotter 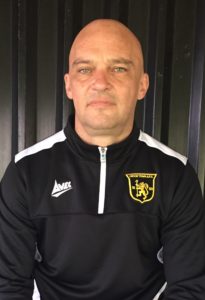