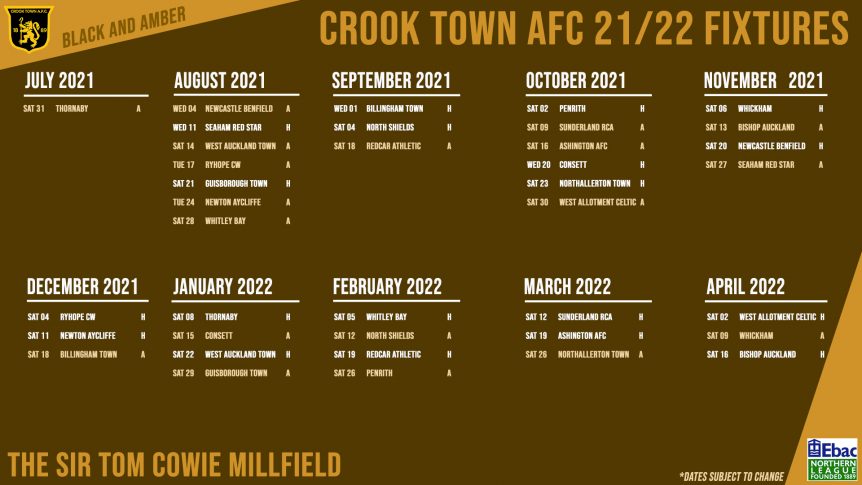 The Ebac Northern League fixtures for the forthcoming 2021/22 season have been released this morning and Crook Town will mark their return to Division One after a six year absence with Jamie Tunstall taking his team away to Thornaby on the opening day of the season, the 31st July.

A glance through the fixtures whets the appetite for what should be an exciting season for the Black and Ambers, including an August Bank Holiday weekend away trip to Whitley Bay, a visit to local neighbours West Auckland Town early in August, the visit of North Shields to the Millfield on September 4th and the eagerly anticipated Bishop Auckland games away on November 13th and home on the 16th April.

Season Ticket details will be confirmed at the end of this week and go on sale from Saturday for supporters who want to ‘Step Up with the Lads!’