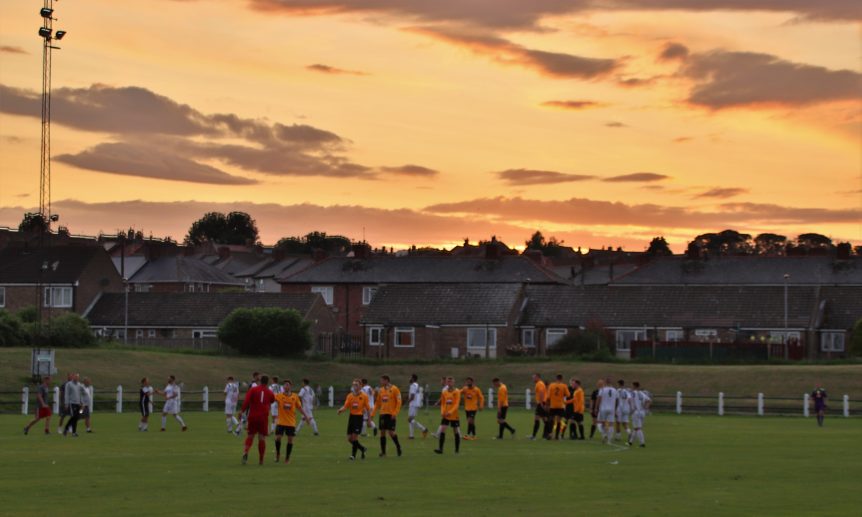 Crook Town ran out 3-1 winners in an entertaining game at the Millfield this evening, with Chris Dickinson getting his first for the club after signing in the summer after ten minutes, scoring from a simple tap-in after Joey Smith had rounded West Auckland’s keeper and unselfishly passed it across the face of goal to a waiting Dickinson.

Jonathan Hope marked his return to the team after last season being curtailed through injury by scoring Crook’s second, sending the keeper the wrong way and calmly slotting the ball home after 72 minutes

Daniel Kent then put the game beyond West Auckland, towering over the defence and powering a header into the back of the net from a corner after 80 minutes.

Nathan West pulled one back for West Auckland in the closing minutes but the game was gone by then.

‘We really played with our first workout tonight. I thought we dominated a very strong West Auckland for large periods and the application the boys put in was first class. They really got the bit between their teeth and wanted to win the ball back at every opportunity. They’ve set their standard now and we’ve got to maintain those levels week after week’