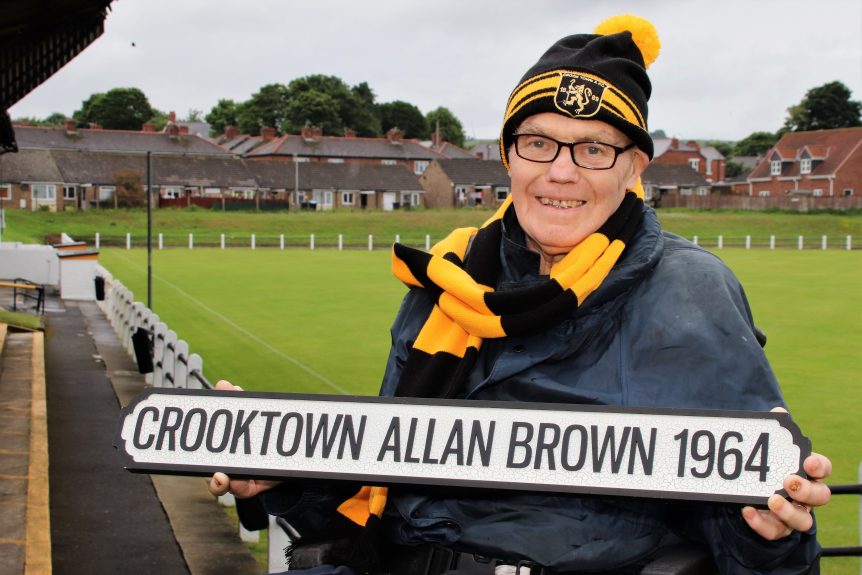 This week we were delighted and privileged to welcome back to the Millfield a true Black and Amber Legend Allan Brown, accompanied by his wife Ann.

Allan was so committed to the club that on semi-final day v Barnet he got married to his wife Ann in the morning and then played in the afternoon, we won, just as well!

Although today Ann said she was just as Crook Town daft as he was and it was never in doubt he would play that day. A number of supporters and former players who remembered Allan tearing into the opposition box daring them to tackle him were at the Millfield to welcome him back and Club Chairman Vince Kirkup presented Allan with club merchandise as well as revealing that the club had added an eighth picnic table to the Legends Tables in Allan’s honour.

Allan’s visit was also reported in the Northern Echo