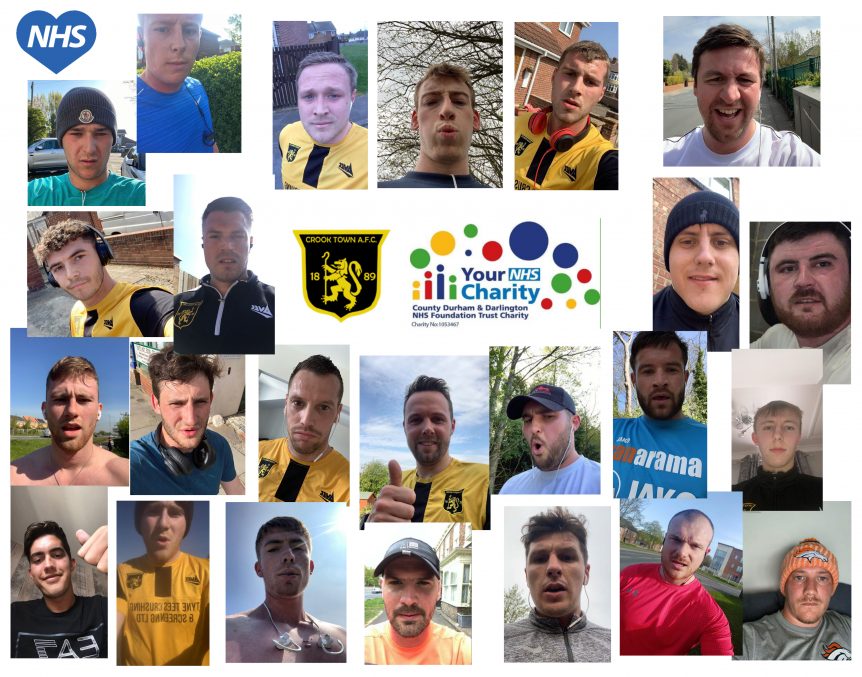 Crook Town AFC have raised £2,000 for the NHS with their ‘2.6 Challenge Pitchathon’ sponsored walk. Club volunteers strode over 60, socially distanced, miles around the Millfield pitch over the weekend; more than twice the original target of 26 marathon miles. 112 laps of the pitch is the equivalent of 26 miles and that was to be shared by the volunteers doing 14 laps each, but they blew that target out of the park.

Club Chairman Vince Kirkup said: “It came from nothing, we we’re having a conversation about the current situation we are facing and thought we should raise some money.”

Club photographer Simon Crummack said: “Everyone’s energy and positivity is testament to our team spirit on and off the pitch. Crook Town has always been a community club, and we were keen to support local health care services during the Corona Virus crisis.”

Of the total raised £250 came directly from the players and management of Crook Town and their personal contribution through an individual time trial event over 3 kilometres, Crook Town Football Club and Coca Cola European Partners each donated £100, with the remaining funds coming from individual donors.

They smashed their original target of £200 with the final total raised finished at £2,000