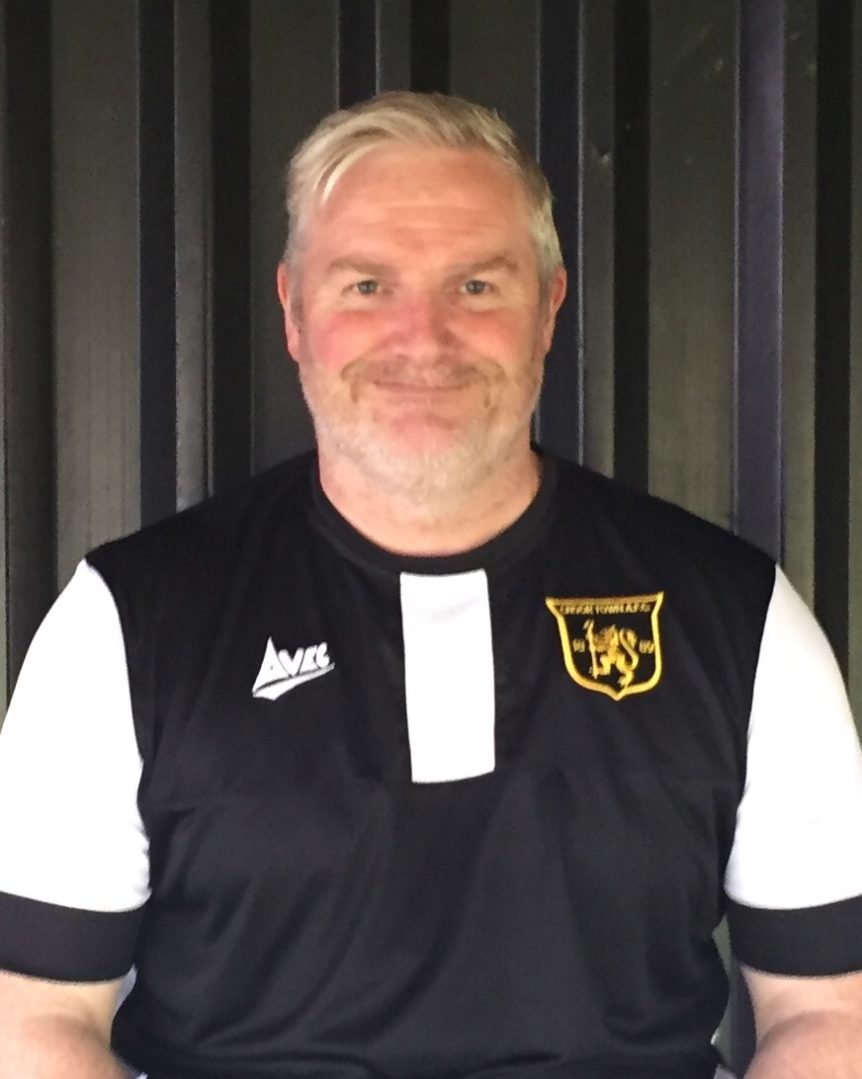 We recently caught up with Crook Town boss Colin Myers and got his thoughts on a number of things including why he took the hotseat, the clubs start to the season and his plans for the futre.

How did you end up as Crook Town Manager?

In a word, Vince! I left Consett and had just decided to take a break from football and see what was around in the summer as it was close to the end of the season. I got a call from Vince asking if I would be interested in coming in until the end of the season as the Crook management team had left the club the week before. Initially I said that I wasn’t interested and was enjoying my break but if anyone knows Vince he dosent take “No” for an answer. I have known Vince for over 30 years and he is one of the most genuine blokes I have ever come across in football and he can be very persuasive (You should see him with a domino card!). I had an affinity with Crook Town as both myself and my dad had played for Crook “back in the day” but not at the same time I might add, so eventually I agreed to swap the Metro Centre for the Millfield and became caretaker Manager to the end of the season.

I very quickly came to realise that the club on the playing side was a bit of a shambles. Unfortunately, the transfer deadline had passed and we were not able to bring any new players in. The squad itself was not of great quality but there were some decent players some of which are still part of the current squad. Crook were in no danger of being relegated so it was more of a baby sitting job than anything else. We did manage to get a couple of results but not being able to turn out 11 players for some of the games was a bit of a culture shock!

What made you take the job on a permanent basis?

Vince again! After the Tow Law defeat where we only had 9 fit players and lost heavily, I informed Vince that I would be leaving at the end of the season. However, after a number of subsequent conversations with Vince where he spoke about what he wanted for the club and the direction he wanted it to go, despite a couple of other offers, I decided that I was up for the challenge and agreed to take the job permanently.

Loads! (Ha Ha). The club was in a really bad state. Vince was working wonders off the field but on the field it needed a complete overhaul. The size of this job cannot be underestimated. On the whole the club has struggled since the mid 1960’s apart from one or two promotions which inevitably ended in relegation a few seasons afterwards and has struggled to maintain its first Division status. Finances have played a great part in that, and still, in comparison to a lot of other Northern League clubs, still needs a lot of work.

How have you gone about this overhaul?

Well, first and foremost I had to quickly assess the clubs current position on the field. The conclusions to that were that the playing staff were just not good enough, there was no professionalism or discipline in the squad and it was more like a Sunday morning set up than anything else. I had certainly seen nothing this bad at Northern League level either as a player or manager! This was simply not good enough for a club with the stature of Crook Town! I immediately set about signing new players to add to the few that I thought had some potential from the previous squad but this proved to be difficult with the financial constraints that the club had to operate under but that is no different to a lot of clubs at this level.

This job will take time and I am not talking about a couple of months I am talking about years! The club does not have a rich benefactor who can pump cash in to the club but what it does have are some very hard working, passionate committee members and volunteers who care greatly about the club and absolutely work their socks off turning their hands to anything. What this club needs is a strong foundation, philosophy, direction, belief, whatever you want to call it, but without that will continue to lurch from one disaster to the next. Now that is what takes the time! At Bishop Auckland (Sorry for mentioning that name on the Crook website), it took 5 years of very hard work by a lot of people to turn that club around but we did it and it’s a measure of what can be achieved at Crook. Anyone who thinks that this can be done in a couple of months is just not being realistic or simply does not have a clue what they are talking about. I am in this for the long haul and I am confident that we can achieve our goals no matter how small that they may be initially and I will warn you now that there will be more setbacks and disappointments than successes in the first season but none the less progress will be made.

How do you think we have started the season?

In a word DISAPPOINTING! Although I was not entirely happy with the squad at the start of the season, I still believed we should have performed better than what we have. On a positive note we have been relatively competitive in most games, barring a couple, and indeed if we had more luck and had simply took our chances we would have been comfortably in the top half of the table and possibly still in the Durham Challenge Cup and progressed a round further in the FA Vase. This is where strength of character and belief in your abilities comes in to play. You learn more from defeat than any victory and the players have learnt a lot which I think was evident in the games against Thornaby and Willington. They now have a fighting spirit and although not perfect, the atmosphere in the changing room is settling down nicely. Some players have left the club due to the fact that they did not embrace what we are trying to achieve but others have come in who will embrace it. I strongly believe that we will be a much stronger team by Christmas time this season and this will form the foundation to take this club forward. Unfortunately, for the fans, they will have to remain patient and endure a number of disappointments initially. There will be no false dawns at this football club whilst I am here just steady progress where the setbacks become less (although still as disappointing) and we bring the pride back to Crook Town AFC. I have done it before and I will do it again but if I fall short I will be the first one to acknowledge that.

What are your season targets?

The teams target for the season are to finish in a place in the league that gets us back in to the FA Cup. Anything else will be a bonus. At the start of the season some people got carried away and talked about promotion. That was never a realistic target and may not be for 3 seasons yet. We need the club off the field to be in a position where we can sustain first Division football financially before we get there otherwise like previous promotions we will simply be relegated again. That is a massive undertaking in itself, one which Vince is fully aware of. The club have made great strides towards this goal in the very short space of time that I have been here but we are by no means anywhere near our goal at this moment in time and to be sustainable financially could take a number of years although I do have my lottery ticket on for the rollover!

What are your thoughts on the future?

At the moment we are much more professional in our approach. We have regular training sessions which are well attended which is massively important and we have excellent training kit and equipment. The mind-set of the players is slowly but surely changing and will continue to grow and develop.  As I have said, this is a long term project and realistically could take 3-5 years. Whether we are allowed that length of time is another thing as things change very quickly in football. What I do know is that currently everyone is moving in the same direction at the club and that gives us a fighting chance. There are a lot of good people at this club who all want the same thing and that is a Crook Town team that is successful on the pitch and a credit to the town off it. This hopefully will be a new chapter in the clubs history and wherever we end up it will no doubt be a roller coaster journey in keeping with the clubs previous history, which if you read the excellent book “The History of Crook Town” (Available for sale in the clubhouse as well as a DVD) you will realise that anything could happen and with Crook Town, and  it will!