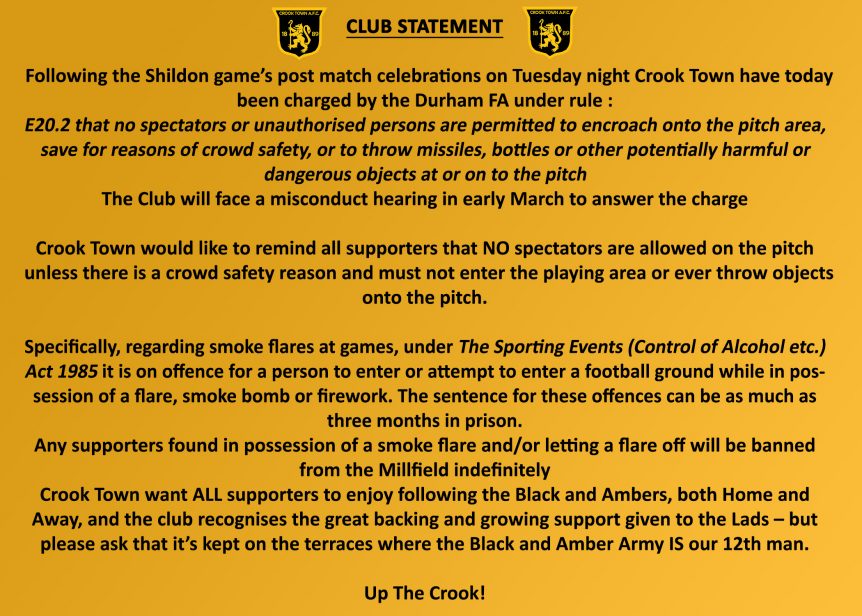 E20.2 that no spectators or unauthorised persons are permitted to encroach onto the pitch area, save for reasons of crowd safety, or to throw missiles, bottles or other potentially harmful or dangerous objects at or on to the pitch

Specifically, regarding smoke flares at games, under The Sporting Events (Control of Alcohol etc.) Act 1985 it is on offence for a person to enter or attempt to enter a football ground while in possession of a flare, smoke bomb or firework. The sentence for these offences can be as much as three months in prison.

Crook Town want ALL supporters to enjoy following the Black and Ambers, both Home and Away, and the club recognises the great backing and growing support given to the Lads – but please ask that it’s kept on the terraces where the Black and Amber Army can be our 12th man.