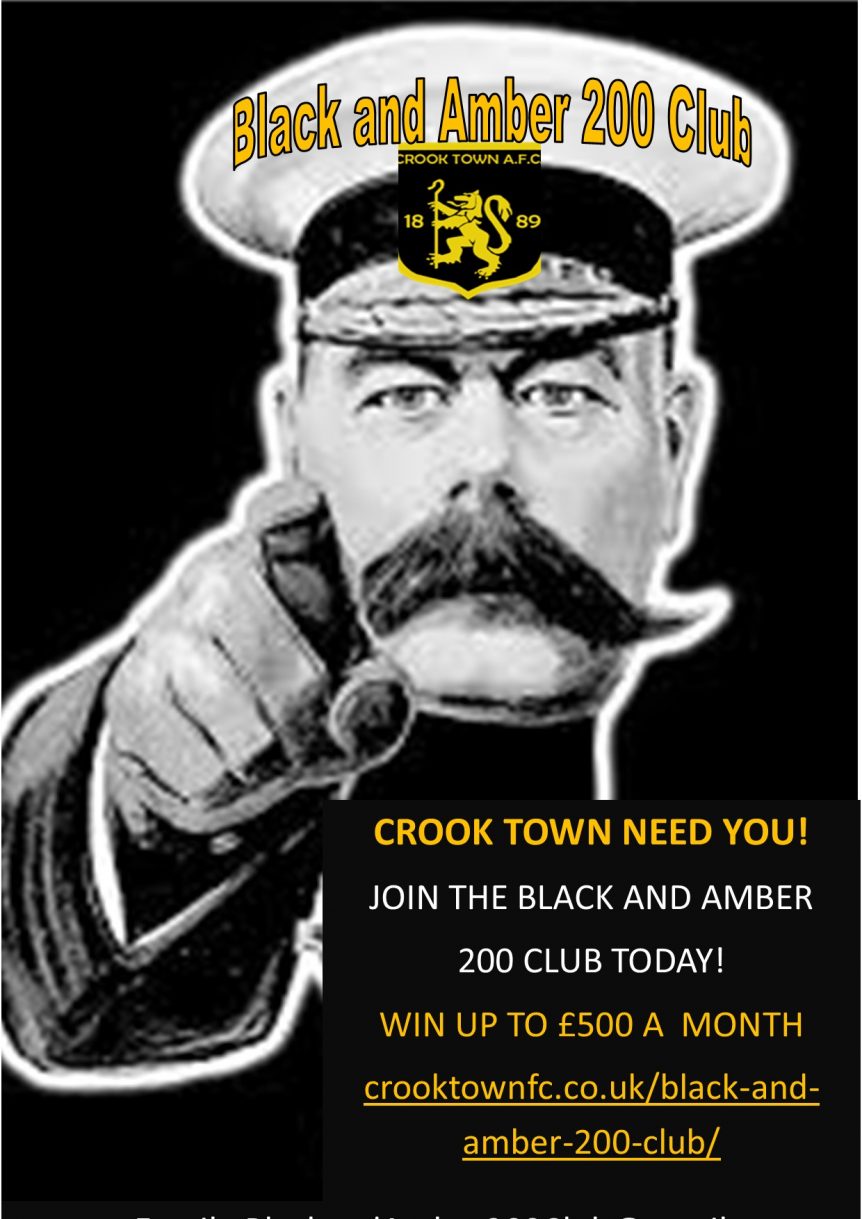 Exciting News : Crook Town are launching a new monthly Fundraising Draw in the form of a 200 Club starting from this month and we hope that Black and Amber supporters will be able to support the Club as it looks to progress after last season was looking so close to promotion before the curtailed end to the season saw it declared Null & Void.

It’s been a tough few months for the Club revenue wise with the unexpected end to the season and the shutting of the clubhouse during lockdown, and supporters have often asked if they can help the Club on a regular basis – we think this is an excellent way to help raise funds AND have some fun, backing the Club BUT also backing yourself to be in with a chance of winning up to £500 each month.

So whether you’re a regular Millfield attendee, a Black and Amber supporter who cannot get to the games or simply want to support the development of Crook Town wherever you are, you can make a difference by becoming a member of the Black and Amber 200 Club. And be in with a chance of winning up to £500 each month!

All of the Rules and how to join the Black and Amber 200 Club can be found on the club’s 200 Club website page and membership can be either through bank standing order or by cash monthly if you’d prefer.

Membership Numbers will be allocated numerically on sign-up (please don’t request a specific number – the random number generator doesn’t work with gaps). Once you have joined the 200 Club we will send you your Club Draw Membership Number, with the first draw to be made on the last Friday of August, the 28th.