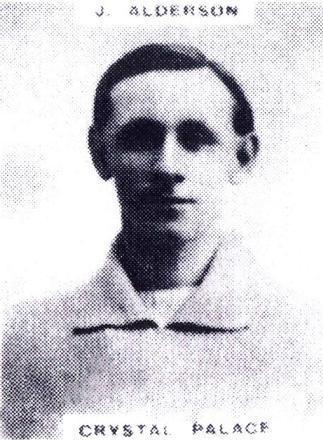 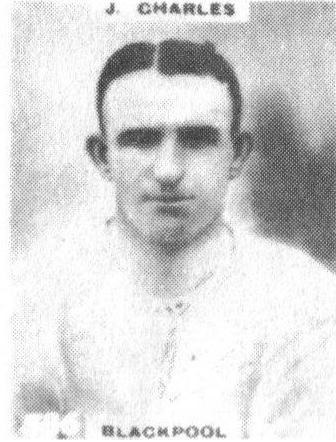 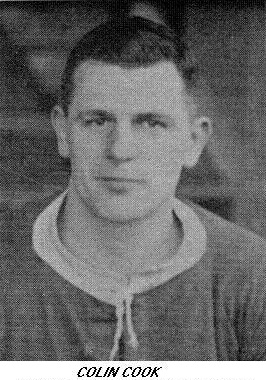 Jack Alderson, a local lad who started with Crook juniors first ever side in 1910
Played for Crook then transferred to Shildon Athletic a semi pro side in the North Eastern League.
On Middlesbrough's books without an appearance he set off for Spain with a view of joining his friend Jack Greenwell in Barcelona and after a short time he became the youngest coach in the clubs history, only to learn that Newcastle would like him to join them making only one appearance.
Played for Crystal Palace as a guest player in the Great War then 205 appearances after and on May 10th 1923 he was the only Crook born player to play in a full international for England v France in a 4-1 win. Classed as the third best keeper of all time in Palace colours.
After appearances for Crook in the North Eastern League he signed for Sheffield United for £500 on the understanding he was under 30, he lied, he was 34, but made his mark playing 137 times for the club. Classed as eccentric by his team-mPast Players who went onto ates, entertaining the crowd during the game.
On to Exeter City 36 league games, Torquay then Worcester City.

Jack Anderson, left Crook Town in December 1896 signing pro forms for Woolwich Arsenal making 144 league appearances, at home in any of the half back positions. Played 8 games for Portsmouth. Returning home he was reinstated as an amateur to play for Crook he became manager of the Theatre Royal in Addison Street, live shows still performing there at the time.

John Charles, signed by Blackpool from Crook in 1912, and spent his entire professional career there playing 247 games. Last appearance was in a 3-1 FA Cup defeat, scoring against Southampton.

Colin Cook joined Crook from Bradford City playing only one game for City. Played for Crook in the memorable 1931-32 season were he scored a record 72 goals in 53 games the club reaching the third round of the FA Cup for the only time, beating Stockport County and Aldershot on the way before losing to Leicester City away. The club won the County Cup for the first time that season. Joined Chesterfield the following season. 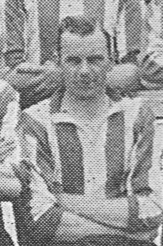 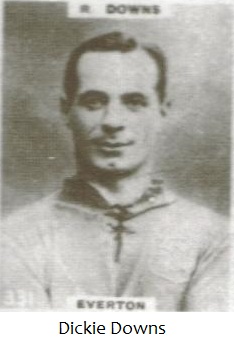 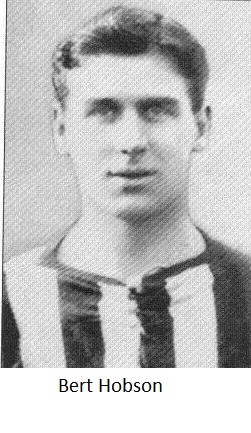 Teddy Douglas played for Crook in Barcelona 1922. He had a brief spells with Newcastle, West Stanley & Washington he was transferred to Crystal Palace playing two games scoring one goal. Joined Brentford making 109 appearances scoring 21 goals. Signed for Reading, Bristol Rovers & Guildford City before returning to Crook to play in the Durham Central League season 1928-29 then captain in the North Eastern League 1930 to 1936.

Bert Hobson, After playing for Tow Law and Crook he made 172 appearances for Sunderland, guesting for Stoke and Wolves during W.W.1. 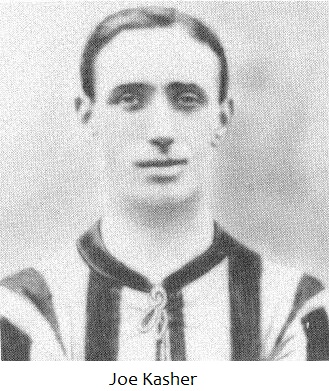 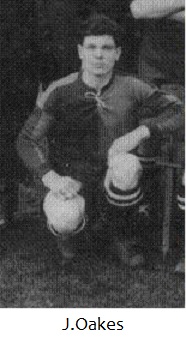 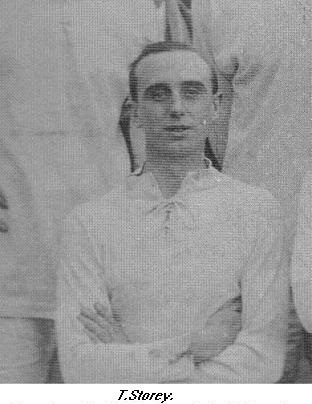 Joe Kasher, signed by Sunderland on the recommendation of Charles Buchan after a Crook v Sunderland County Cup final on the Millfield in 1919. The Crook club boasted that they would beat any side Sunderland sent to play on the Millfield, upsetting Sunderland management, they sent their first team and thumped the home side 7-0. Signed for Stoke, Carlisle and Accrington Stanley before returning home. Was a regular watching local sport and was often seen at cricket and football matches well into his nineties.

Jack Oakes, Mister versatile when a Crook player, mainly an inside forward or centre half, joined Crook from Nottingham Forest. Played in the number 5 position for Charlton Athletic in the 1946 FA Cup final, The players that year were presented with bronze medals after the game, being presented with gold ones later in the year. The bronze medals are probably worth a fortune now. He is recorded as the oldest player to play in an FA Cup final. Failed to make the side for the 1947 final and joined Plymouth Argyle the following season. Emigrated to Australia. 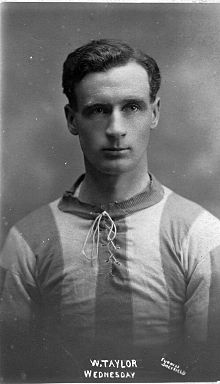 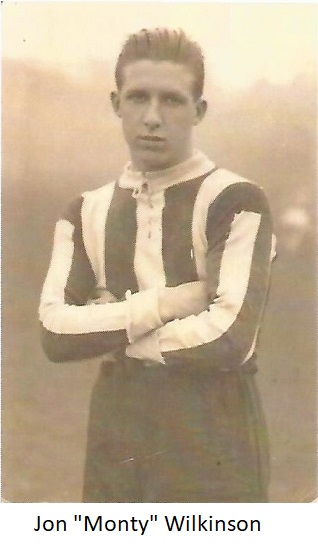 William Taylor, an accomplished footballer and cricketer, played for Crook before joining the DLI in World War One. A commissioned officer, decorated for bravery at the Somme. Married local Doctor Steele's daughter. Joined Sheffield Wednesday for the 1919-20 season then on to Doncaster Rovers and Mansfield Town. Took up a job at Doncaster Railway Engineering Works, and as a major he was in command of the 1,000 strong Doncaster Works Home Guard. Classed as a gentleman sportsman.

Arthur Tutin, left Crook to play for Aldershot but after 12 appearances signed for Stoke City for £500 for whom he played 198 games. A defensive right half played in every game in the 1935-36 season. He's job was to win the ball and bring wingers Stanley Matthews and Frank Soo into play.

Jon (Monte) Wilkinson, joined Newcastle after a successful season for Crook in 1928 for a £250 donation, as understudy to Hughie Gallacher then on to Everton as understudy to Dixie Dean, classed by many then as the unluckiest footballer of all time. Chances were few with both clubs, making most of his first team appearances at outside right. A spell with Blackpool then on to Charlton Athletic were he played 237 games scoring 51 goals, back to back promotions from the Third Division south to the 1st Division. Spent his World War Two years in Burma with the RAF.