Crook joined the Northern League in 1896 and

In 1913 Crook toured Barcelona to help establish football as the main sport in the region of Catalonia instead of bullfighting. Feeling was so high against this that King Alfonso of Spain who had hoped to attend the three games but couldn’t do so because of the attempts on his life. Crook man Jack Greenwell organised the tour and went on to become the first English manager of Barcelona until the mid thirties when he took over the Spanish national side until the civil war. He managed Peru in 1938 which capped off a remarkable life for the son of a miner!

The infamous ‘Crook Town Affair’ where several players and officials were suspended for making illegal payments to amateur players made front page news in 1928.

Crook became a semi-professional club during the 1930-31 season as Crook F.C. and reached the third round of The F.A. Cup for the only time during the 1931-32 season. Centre forward Colin Cook scored a remarkable 72 goals that season.

The 1936-37 season saw Crook revert back to amateur status and became Crook Town. 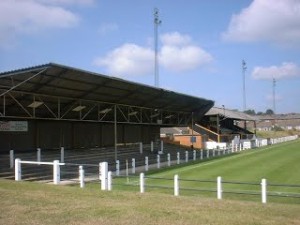 Crook were League champions and Amateur Cup winners beating Barnet 3 – 2 in the final at Wembley in the 1958-59 season.

In 1976 Crook became the first English club to tour India playing six games. A gate of 100,000 watched Crook play the Indian national side, but they were beaten 1 – 0 in 90 degree temperatures.
During the late 70’s there was an increase of interest and also brief revivals during the 80’s and 90’s and the early part of the new century, but without the help and encouragement of Sir Tom Cowie the club would not have survived.